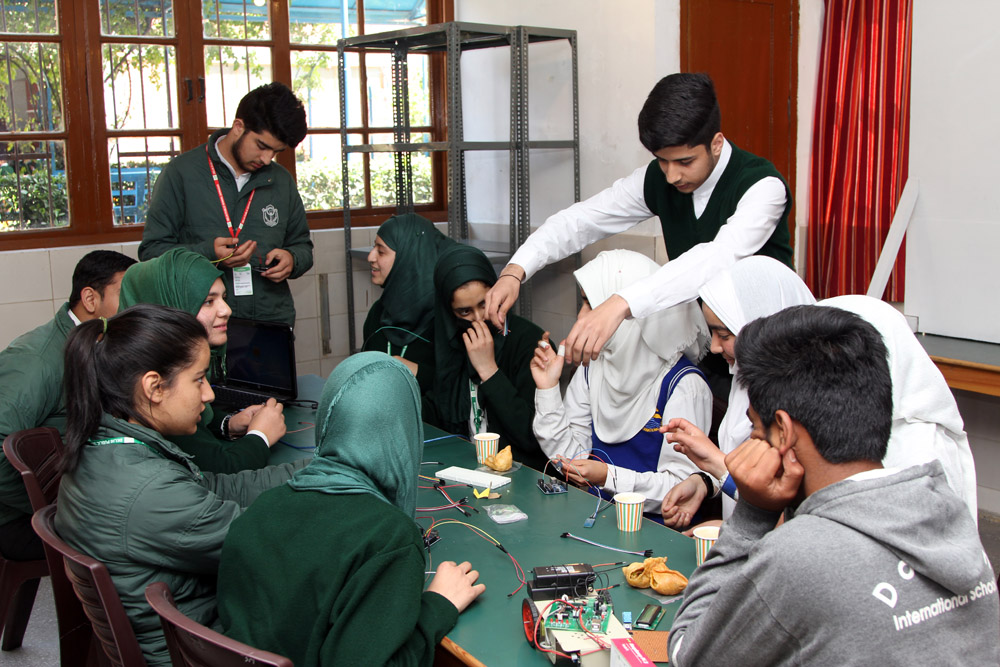 The school conducted a Robotics & IoT workshop on 14th & 15th of April, 2018 to celebrate the national ATL Community Day. The day commemorates the birthday of the architect of Indian Constitution – Dr. BR Ambedkar. The aim of the workshop was to encourage students to use and tinker with various devices, and integrate various sensors / interfaces with various platforms. Besides our school, three other schools of the valley: Doon International School, Lyceum International School & Dolphin International School, participated in it. The workshop sessions were conducted by Musheer Ahmed, and Saleet Ahmed – teachers of the school and trained student mentors.

The event commenced with an introduction to innovation & tinkering. It was followed by brainstorming sessions with children to identify the problems that can be resolved using robotics & IoT. This was followed by hands-on training on various IoT platforms including Arduino & Raspberry Pi. Students came up with amazing ideas during the brainstorming session including solution to fix traffic problems, solving rubic game using various sensors and Artificial Intelligence, smart stick for blinds with image recognition. In yet another session, students learned to control home lighting using their mobile phones as well as to steer a car using their mobile phones.

“This was an amazing event and introduced us to the world of robots. I realized that we can make our lives easier by addressing the day to day problem of traffic jams using smart sensors”, one of the students of Dolphin International School said.

“Introducing these kids to the world of robotics & artificial intelligence will develop their reasoning, computational & scientific skills”, said Saleet, mentor at the lab.

The workshop concluded with a vote of thanks by Ehsan Quddusi, ATL Incharge.