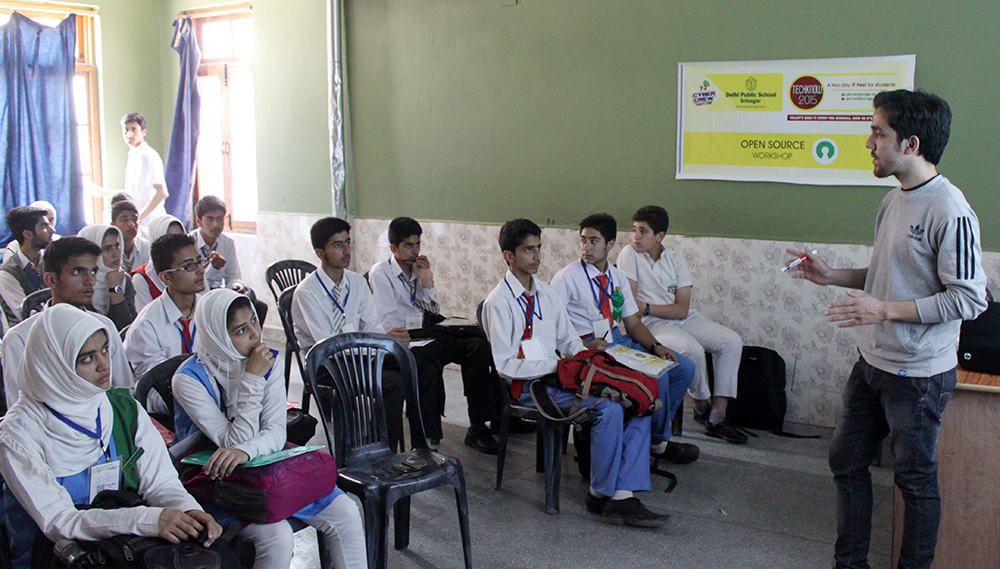 TechKnow – the IT festival organised by DPS Srinagar was kick started on Sunday 10th of May. The festival is a first of its kind in the valley and it is solely conceptualised by its motley group of trained students: The Cyber Crew. The first day was an unqualified success, and recorded a massive level of activity and interest. More than 200 participants from across the valley registered and interacted with their counterparts on the festival. Students from the DPS fraternity including DPS Budgam, Baramulla, Anantnag and Rajouri attended the festival. The festival also attracted students from other schools both within and outside the city. Schools like Doon Public School, Linton Hall School, Delhi Modern Public School, Srinagar International School and Sanctorum Public School Sopore also recorded their presence.

The participants were provided training in specially designed workshops held on six different technologies: Web Designing, Graphic Designing & Visual Effects, Open Source & Linux, Networking & Ethical Hacking, Video Editing & Animation and PHP Programming. The workshops received unanimous appreciation and approval by the participants. Each workshop was perceived to be the right blend of fun and learning. The role of the school was highly commended, and the participants expressed their eagerness for the second day of the workshop. The two day workshop will conclude tomorrow with the Honble. Minister of Education Naeem Akhter as the chief guest along with other dignitaries.